Father’s Day has come and gone and left me with lingering thoughts about a father’s role.

Our individual conceptions of fatherhood are of course marked most profoundly by our personal experiences of life with or without our own fathers, but representations of fathers in our different cultures have also shaped our expectations of what a father should be.

That got me thinking about the most memorable literary encounters I’ve had with fathers, both fictional and actual, and so I set about drawing up a list of fathers in literature who really stand out.

I’m happy to say that most of them are inspiring, and that I remember them because they moved me and sometimes even because I loved them. Many of them are among my favourite literary characters, or people.

But there are others who popped into my mind because, well, they were unforgettably awful or terrifying or because they were the cause of the suffering of a character I cared about.

Here’s my personal shortlist of books featuring unforgettable fathers. Of course it’s subjective and necessarily incomplete—I know there are many crucially important literary dads that I’ve bypassed—so it falls to you to share your own suggestions in the COMMENTS below (please do!).

In the famous Proust Questionnaire, around which, as a teacher, I’ve created a learning activity where my adult students interview each other, there’s a question about “your heroes in real life”. I’m stunned by the number of students who simply answer: my father. When I ask them to explain this, most tell me what they observed about their father, how he lived and what his life meant. About what he denied himself.

Fatherhood by example. Fatherhood as ordinary heroism. A perfect place to start.

If there’s a pantheon of literary dads, then Atticus Finch in To Kill a Mockingbird, Bob Cratchit in Dickens’ A Christmas Carol, and Victor Hugo’s Jean Valjean in Les Misérables, have earned their place as models of morally courageous and self-sacrificing, even heroic fatherhood. 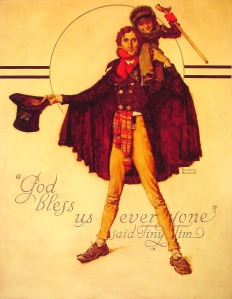 Sometimes though, magical and fantastical fathers are also called upon to be quietly heroic, as Arthur Weasley is in the Harry Potter series.

I find this sort of discreet and dedicated paternal diligence very affecting and it’s present in the unassuming decency of Gerald Rutledge, Aegina’s devoted father in Peter Nichol’s fascinating novel The Rocks.

But for many of the fathers I’ve observed or read stories about, it’s the motto of the Los Angeles police department that provides the most apt description: TO SERVE AND PROTECT.

This was definitely T.S. Garp’s mission in The World According to Garp. In his poignant love for his children, there’s a pain and a terrible anxiety which awaken a fierce protectiveness. When I discovered him, decades ago, he blew me away because he seemed the most honest, endearingly flawed and relatable fictional father I’d yet encountered.

Cormac McCarthy has perhaps created the ultimate unforgettable fictional embodiment of the father as pure protection and safety in his difficult, almost unbearable novel The Road.

I think that in literature as in life, while mothers tend to work in concert, fathers are soloists. The mantel of fatherhood is passed through succeeding generations in the silence of diligent, unglamorous service: a selective mutism that has found its way into human history.

Certainly, our culture is filled with stories of fathers and sons who love each other fiercely but cannot express this love with language. Fathers who will not let their children enter their inner worlds. Children—especially sons—who first feel confused by this, or resentful, but who eventually settle for much less than what might have been.

This estrangement is at the heart of two novels I read just recently: Jan-Philipp Sendker’s   The Art of Hearing Heartbeats and Jeff Lemire’s Essex County. In the first, a daughter returns to her father’s native Burma in search of him and of answers; in the second, the life of a young, motherless Canadian boy is shaped by the two fathers, one adoptive and one undeclared, who orbit the edges of the boy’s life. Both of these are books about the costly burdens of the past and the weight of silence; stories worth telling and definitely worth reading.

But while some dads are reluctant to play their part, others—with no biological connection to the child— volunteer and dive in with real gusto. Jean Valjean is of course at the top of the list, but I’m happy to add to it two more recent literary dads who turn out to be two of my all-time favourites. They’re the wonderful, irresistible Lester Ferris in Nick Harkaway’s dazzling Tigerman, and AJ Fikry in Gabrielle Zevin’s sweet and witty novel The Storied Life of AJ Fikry. 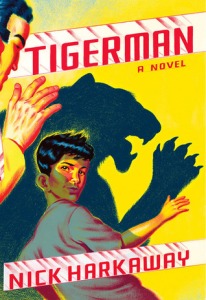 And then, there are the terrible fathers. Frightening, violent fathers. Fathers who have come undone, or who, in a catastrophic case of role reversal, become their children’s tormentors and sometimes executioners.

Grim and disturbing business for sure, but which can also be compelling and even riveting when told by a great writer. I shudder to even think about some of them and admit to avoiding them as a general rule.

Two of the scariest fictional fathers I’ve ever encountered are found in stories about fathers and their young sons. The first will endure in infamy and is the offspring of Stephen King’s fearless imagination: it’s Jack Torrance in The Shining.

The second, to my great surprise, I found in a brilliant novel that was one of my happiest discoveries of recent years: it’s the unnamed father of the book’s hero, Michael Smith, the young safe cracker in Steve Hamilton’s The Lock Artist, who hasn’t spoken since the age of eight. To say anything more would be to spoil the book for you.

What happens, though, when a father falls from a great height?

Shakespeare himself took this on in his majestic King Lear. While not everyone has it in them to read the play, seeing it performed is a must, and my favourite interpretation is Laurence Olivier’s, in 1984. King Lear is the tale of a great father’s undoing by hubris, by the machinations of two of his three daughters, the betrayal of his political entourage and by his own descent into dementia and madness. It’s a gorgeous play. It’s fatherhood at its most fragile.

In the end, perhaps a father’s greatest role and truest purpose is to step up, over and over again, for his child.

Last February, Rob Scott, the father of a boy with Down Syndrome, while still in the grip of very strong feelings of failure and pain, posted a video on YouTube in defense of his son Turner.

While I was moved to tears by the truth of his message, I was also very deeply affected by his courage and willingness to lay himself bare in defense of his child. In this moment of stepping up, Rob Scott towered over most parents.

There are three other fathers I’ve read who are as brave, honest and courageous as Rob Scott, and luckily for us, they also happen to be writers. What they might be reluctant to say, they were thankfully able to write.

The Boy in the Moon: A Father’s Search for His Disabled Son  is the story of journalist Ian Brown‘s journey with his son Walker, who was born with cardiofaciocutaneous syndrome (CFC), a genetic mutation so rare that just over 100 cases have been reported worldwide. It’s precisely Brown’s reluctance to say too much that gives his revelations such emotional force. 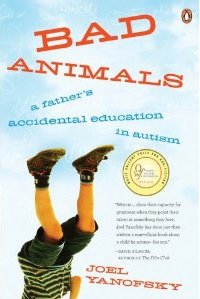 Joel Yanofsky’s Bad Animals: A Father’s Accidental Education in Autism is a very similar kind of book, and I remember it being as much about Yanofsky’s soul-searching and self-incrimination as it was a long walk through the days and years of a Montreal boy on the autism spectrum.

Brown and Janofsky’s memorable books support the notion that no one is harder on a father than he is on himself.

Finally, there’s a type of paternal love so self-effacing and so all-encompassing that it inspires a man to father a child knowing he will not live long enough to experience her first birthday.

This, of course, is the conclusion of Paul Kalanithi’s transcendent and luminous memoir, When Breath Becomes Air.

Which fathers have inspired you in life and in literature?

Please take a few minutes and share your impressions with us.

“I’d love to know how Dad saw me when I was 6. I’d love to know a hundred things. When a parent dies, a filing cabinet full of all the fascinating stuff also ceases to exist. I never imagined how hungry I’d be one day to look inside it.”