Another post written by Christian Daoust, who loves science-fiction, murder mysteries, thrillers, comics and graphic novels, and is an avid reader of great books of all kinds. He’s a graduate of Concordia University’s Creative Writing and English lit programs, and holds a degree in Classical Acting for the Professional Theatre from LAMDA, in London, UK.

Like its characters, W.M. Akers’ Westside straddles several worlds, weaving together familiar tropes from detective fiction, to alternate historical fiction, and the more grounded fantastical elements of magical realism. All of this fixed onto a roaring tapestry of 1920s Americana; including prohibition, big band jazz, baseball and the gangs of New York.

In Westside, New York city has been split in two right down Broadway, creating a border—called “the stem”—between the affluent and stable Eastside, and the supernaturally mercurial and derelict Westside. On the Westside, modern technologies such as combustion engines, electric trains and guns cease to function and quickly decay to greasy rust, whereas flora and fauna return to untamed wildness. Most importantly, shadows have a habit of making people, household items—even entire buildings—disappear. Behind the scenes, something mysterious and sinister is intensifying, forcing Gilda Carr—a five foot tall powerhouse investigator of tiny mysteries and native Westsider—to act.

The book is laden with atmosphere, but doesn’t read like a masterclass in style and neither is it bogged down with trite affectation. The Westside is more than setting, it’s the titular character. Its swamp-foul breath and spider-leg fingers stir around a thickening plot with every page turn. And yet, though doom is ever present in Gilda Carr’s neighbourhood, it’s also where readers will find the bulk of the novel’s humour and humanity. The Westside, we are told, breeds two things better than anywhere else: artists and criminals. It’s a marginalized community fertile with conflict and wonder, great suffering and exultant joy. Unlike the established and safe Eastside which is too grey and sterile for anything to really thrive.

It’s hard to believe that this is Akers’ debut novel, though you may find hints of freshman verve in the energetic imagination that suffuses the whole and the gumption with which it handles its rough edges. Regardless, the book is propelled at an un-rushed clip by compelling characters, crisp prose and cunning dialogue. 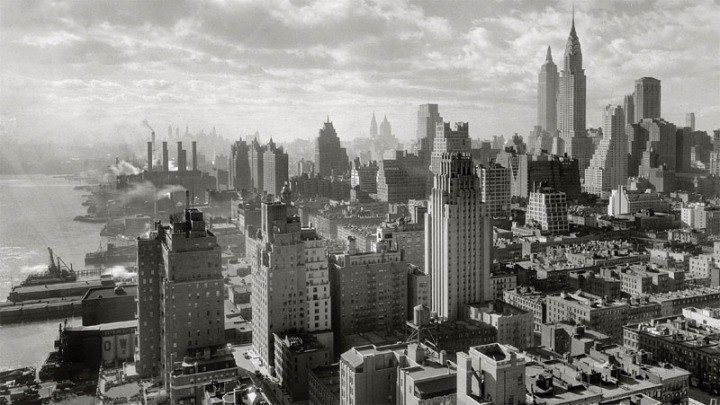 If your interested, here’s the author himself, in a fun and informative interview about West Side: