It’s strange how my everyday life is marked by concurrences that most often feel like something more than coincidence.

One such moment happened on September 11th, when CBC Radio’s The Sunday Edition, with Michael Enright, featured a piece titled What to Read When the World Has Gone Mad, marking the fifteenth anniversary of the bombing of Manhattan’s Twin Towers.

In the introduction of this episode, Michael Enright explained:

“When we find ourselves in times of trouble (and Mother Mary’s not available), a lot of us turn to books. We look for comfort, or the wisdom to face the madness the world throws at us.

We have four wise people — prodigious readers and writers — to talk about the power of books to give solace and strength, when the world is too much with us.”

It felt so strange that Enright and The Sunday Edition team chose to approach the legacy of 9-11 in this fashion, because of late, I’ve been thinking so much about what books bring to our lives [See: BIBLIOTHERAPY: NEWFANGLED AND AS OLD AS THE GREEKS]

You might think, by its title, that the episode was a straightforward exercise in prescribing books.

In fact, through the course of the amicable, honest and lively conversation that captivated my attention for half an hour, Enright and his guests did a skillful job unpacking the myriad ways we’re engaged and enriched by literature.

It wouldn’t be an exaggeration to say that for Kamal Al-Solaylee, literature is life. For this Canadian writer born in Aden, whose family still lives in strife-torn Yemen, literature provides a daily retreat from anguish and from the sense of loss of agency in his own life that haunts him.

In fact, Al-Solaylee describes literature as sanctuary, a space or a state of being into which he retreats for two to three hours every evening. He even acknowledges it as a place of self-deception, of self-therapy and of self-love which helps him to live daily, in spite of the knowledge that his family in Yemen could be killed at any moment. His favourite place of escape is also his area of academic expertise, Victorian fiction, though his tastes are wide-ranging.

Samantha Nutt’s life is also touched by fear and the horror of war—in her case, in such countries as Iraq, Sudan and the Democratic Republic of Congo—and maybe that’s why she related so easily to Al-Solaylee’s perspective, explaining that she had benefitted from bibliotherapy on more than one occasion.

She’s the only one of Enright’s four guests whose background and training aren’t literary—she’s a medical doctor— and it’s her vision of the power of books that’s the most all-encompassing and, I think, the most compelling (Paul Kalanithi and she seem to be cut from similar cloth).

For her, literature can be a mirror, a lens and escape, and she constantly chooses from both fiction and non-fiction, because both offer something completely different—and sometimes totally unexpected.

An example of this occurred while she was working in Darfur during the war. Perhaps this was at a low point. Perhaps her time there had brought little else but hardship and a terrible sense of dislocation. She doesn’t say. But on this day, a colleague handed her an anthology of Stuart McLean’s Vinyl Café books which, she remembers, brought her so much comfort; which brought her home.

For Samantha Nutt, books are The Great Illuminator that can provide a shared experience but also expose you to experiences that you might never have considered: different ways of seeing the world.

What a gorgeous thought.

When asked by Michael Enright: “How do you maintain the optimism that would drive you to a particular book when you’re surrounded by carnage?”, she answered:

“I would say: well, the world is a dump, and it’s a violent terrible place. I don’t want to read Stuart McLean.

And sometimes you don’t. Sometimes you want to read things that are more serious and that provide context and wisdom and insight and analysis and some of those books can be quite ominous, you know—they can suggest that the world is spiraling toward a place of greater violence and instability. But I also try to read things that challenge those assumptions.”

One of the books that she turned to is Steven Pinker’s The Better Angels of our Nature, a book that assures us that we are progressing toward a world of less and less violence, and that the world is a better, safer place. A book that: “challenges the darkness and the fear with which we may approach the world.”

Is it fair to ask this of literature? That it heal us? That it comfort us? That we should be able to use it as “equipment for living”?

Is this the virtue of literature? 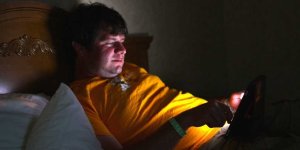 These are the questions that make Nick Mount uncomfortable, because he sees in some of our answers to them the vestiges of Puritanism: “We’re uncomfortable with pleasure for pleasure’s sake”.

He’s also wary of any approach to literature that smacks of capitalist utilitarianism, which decrees that: “Everything in society must be worth something and must be measured by its worth.”

Samantha Nutt’s response to Mount’s apprehension is simply: “Yes, readers’ expectations of literature put writers under a certain kind of pressure, but that is the burden of the artist.”

While Nick Mount frets about the literature-making-you-a-better-person notion, I, too, feel a bit queasy at the thought of literature as some sort of medicine.

But it also occurs to me that, as in all art, once a book is published, it travels out into the world where—if the writer is very very lucky—it is read by many and leaves a different mark on each reader.

As time ran out on the discussion, Nick Mount quoted Nabokov:

“For me a work of fiction exists only insofar as it affords me what I shall bluntly call aesthetic bliss, that is a sense of being somehow, somewhere, connected with other states of being where art (curiosity, tenderness, kindness, ecstasy) is the norm.” —from Lolita 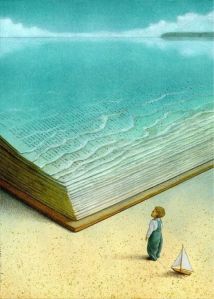 Michael Enright followed this up by asking his guests which books they would recommend for the sheer joy of reading.

Here are the lists they provided. Call them bibliotherapy, or call them one reader’s recommendations to another, but DO enjoy them.

[Note to readers: Anakana Schofield was an active participant in the conversation, but she chose a stance that made her an outlier in this discussion: she rejected the premise that literature should ever do anything other than challenge us. To hear her point of view, make sure to listen to the episode.]

The Better Angels of Our Nature by Steven Pinker

The Crucible by Arthur Miller

The Kite Runner and A Thousand Splendid Suns by Khaled Hosseini

Spiral: Trapped in the Forever War by Mark Danner

God is Not Great by Christopher Hitchens

Culture and Imperialism by Edward Said

A Rage for Order by Robert F. Worth

The Woman in White by Wilkie Collins

The Lesser Bohemians by Eimear McBride

A Hologram for the King by Dave Eggers

The Ask: A Novel by Sam Lipsyte

A Complicated Kindness by Miriam Toews

The Things They Carried by Tim O’Brien